The Five Most Misused Punctuation Marks 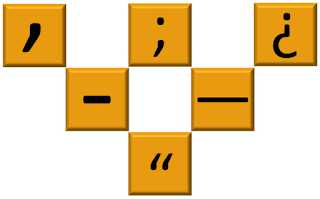 Whenever I discuss writing on this blog, I always prefer to cite something—a book, a blog post, a magazine article—to give the information validity. After all, I’m not a published author, and until I am, anything I say is easily dismissible.

That being said, today I want to call out what I consider to be the five most misused punctuation marks in American English—the marks I tend to fix the most when a new document arrives at my desk.

Lynne Truss has a lot to say about apostrophes.

Apostrophes are used to show one of two things: ownership or omission.

I frequently catch apostrophes trying to hide amidst words that are merely plural. These sorts of things make Lynne Truss cry.

Being pro-Chicago, I always add the “s” to a word that already ends in it.

Hyphens connect two words acting as a compound, unless one of those words is an adverb.

Note that, unless it’s really aesthetically appealing, the second word in a hyphenated phrase is not capitalized unless it’s a proper noun.

A New Study in Enterprise-class Reliability
Branching Out: Enrich Your Life with Reed-Kellogg Diagrams

These are the two hyphen rules I see broken the most. To learn more about hyphens, buy a copy of the Chicago Manual of Style check out this site.

Otherwise known as the most beautiful punctuation ever invented.

Two wrongs may not make a right, but two hyphens can make an em dash. When writing in Microsoft Word, just type “--” for an em dash and Word will convert it for you.* The Mac shortcut for an em dash is shift+option+minus key; for PC it's alt+0151.

Em dashes are the magical things that can replace just about any intermediary punctuation mark. Commas, semicolons, colons, parentheses . . . it’s a beautiful thing.

Mike couldn’t believe so many animals—parakeets, lions, bears, fish—could fit into one backpack.
Sam ate bananas every night for dinner—she had grown paranoid after learning of her potassium deficiency.
“What I mean to say—if you would only—oh, forget about it.”

I repeat, a hyphen is not an em dash, and em dashes don’t have spaces around them. They’re friendly marks and like to cuddle close with their word-friends.

The en dash is the most forgotten punctuation mark. En dashes are used to show a range in numbers.

En dashes can be made on a Mac by hitting command+subtraction symbol (on the 10-key), or on a PC by hitting alt+0150.

The one thing I want to say about the colon is not to use it after verbs or prepositions (UNLESS the verb or preposition ends an independent clause. Though you shouldn't be ending those with prepositions anyway). Dumb rule, I agree, but it’s there.