When Characterization is Stifled by Stress

When I started writing my second book, CIRCUS SOUL HEIRESS, I loved my protagonist. He was the bee's knees. He was 5' tall, had a chip on his shoulder, and could to the splits on a swinging trapeze while killing the baddies. This was my chance to prove that I could not only write a proactive protagonist, but that I could write an awesome one.

And yet, again and again, my writing group came back to me saying that my protagonist wasn't their favorite character. In fact, some thought he was unlikable  What? But my protagonist was great! He was funny, he was outgoing, he was charismatic... 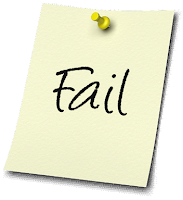 ...but not in the story. At least, not in those first few chapters.

Why? Well, this was only my second book, so I didn't have characterization down pat, but that wasn't the reason, as I've noticed a similar problem with a protagonist in book number eight (and I'd hope that I'd have some idea of how to portray a character over six novels).

So, what did I discover?

Not stress on my part, but on the character's part.

Allow me to explain.

In CIRCUS SOUL HEIRESS, I threw my protagonist into stressful situations right off the bat. In chapter one, he re-met the man who molested him as a kid, AND he failed an assassination that his group had been planning for months. Not only that, but he ignited a sincere hate-hate relationship with the story's other main character, which also starts in that first chapter. These incidents put an amazing amount of stress on the protagonist's shoulders.

How did my protagonist react to stress? With anger. 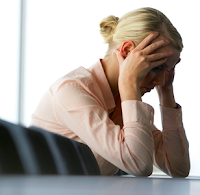 Therefore, my readers perceived my protagonist as an angry person absorbed by his failures, especially since these stressors carried into following chapters, and some into the better half of the book. I've done something similar with EMPIRE OF CRANES AND SPIDERS, though to a lesser degree. My male protagonist is stressed with an upcoming battle and makes a grave mistake during it, so in my opening chapters he comes off as much more stoic than I had intended him to be.

How to get around this? Well, I could save the stress until later. I could create a character that deals with stress in a likable way. However, both of those options mean changing the story I want to tell.

Perhaps it just comes down to writing better, using each word to portray the aspects of the character that I want my audience to see. Or, it's a matter of relieving stress quickly so the true character can shine through. Still, the first impression is there.

What do you think? Have you encountered problems with warping a character's personality through emotion? How did you solve it, or how have you seen it done effectively?

Posted by Charlie N. Holmberg at 1:00 AM