Hey guys! I'm over at Juliana L. Brandt's blog this week talking about my favorite prose-oriented exercises. Please come check it out!
Posted by Charlie N. Holmberg at 7:03 PM 0 comments 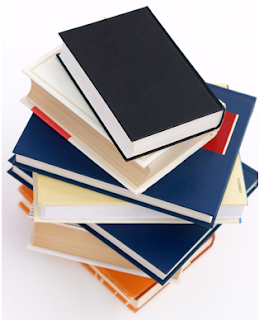 Due to my semi-recent schedule change, I've found myself with a great deal of time to ponder and less time to actually write. What does that result in? Stacking the queue. My current project queue is already pretty long because of all the revisions I've saved for myself (three to four books' worth, depending on how some things turn out, but TPM is more or less sparkly and done). But, thanks to a bounteous amount of brainstorming, I now know the next three books I'm going to write, and then some. The following has all occured within the time span of 10 weeks: I have brainstormed the entire plot for THE GLASS MAGICIAN and outlined it. This baby is ready to go. I've determined to rewrite my very first finished novel, THE ORACLE SEALS, and currently have 53 pages' worth of notes for the book, which will be a dualogy. (And an epic!) On top of this, I've come up with a magic system and a setting for an epic fantasy that I think would be bomb to write. I wrote down three pages of notes for that yesterday, but am now trying to not think about it  too hard because, as I've illustrated, my queue is stacked. I also still have ideas for another magic system that I haven't quite pieced together the way I like, and a few chunks for its associated book. So basically I either need to stop thinking or become a full-time author RIGHT NOW so I can make all of this happen. XD Have you ever drowned in the whirlpool of projects? Or, better yet, how do you brainstorm new ideas?
Posted by Charlie N. Holmberg at 1:00 AM 5 comments

After that... I'm not sure. I perused my Goodreads list and there's a ton of books all vying for my attention. I might finally read Glamour in Glass by Mary Robinette Kowal, or try out one of the epic fantasies I have listed there. The Hundred Thousand Kingdoms won a Hugo and I had Throne of the Crescent Moon recommended to me by someone who knows his stuff. I also want to reread the Mistborn series...

Basically it's really weird to be picking and choosing what I read after having my soul entranced by The Wheel of Time series for a year. Seriously, a year. As in that's basically all I read ever, save for the month-long gap before the last book came out. Robert Jordan has left me empty and scrounging for good books to fill the holes he drilled into my heart. (Someday I will stop dreaming about it. No joke, Rhuarc and the Aiel haunted my slumber Monday night.)

What are YOU reading?

Guess whose birthday it is.

No, not mine again.

Here, I'll give you some hints.

He can GQ-pose on command.

And he bought me a fancy piece of jewelry three years ago. :)

Happy 25th birthday to my dearest sweetheart and love of my life! You are amazing!

My Little Nugget of Happy: SpoCon 2013


I recently discovered a gem in the Pacific Northwest.

It's called SpoCon. It's a fantasy and science fiction convention held in Spokane in August. 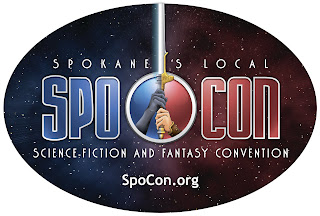 Why am I excited about this?

A.) Until recently, I had honestly believed I would not go to a convention until WesterCon in UT, 2014. All the conventions I had found "in the area" (that still would have required a road trip) were very expensive.

B.) I only have so many days I can take off work, but since SpoCon takes place over a weekend, I only have to take off one day!

C.) The guest of honor is Brandon Sanderson, my favorite author and the man I consider to be my writing mentor.

I AM PUMPED GUYS.

The schedule for the convention isn't even up yet, but I'm registered and ready to go. I'm also getting paranoid that Brandon will get the flu or something and cancel the event, BUT LET'S STAY POSITIVE.

Did I mention registration only cost $30.00?

So what conventions are you guys attending this year, if any?

Winner of SAVE THE CAT by Blake Snyder

We have a winner for Save the Cat by Blake Snyder!

.
.
.
Congratulations Danny Chipman! The gods of Random.org have decided to gift you with this AMAZING book. Email me at CNHolmberg (at) gmail (dot) com with your mailing address and I'll ship the book right away!

Thank you to everyone else who entered the contest!
Posted by Charlie N. Holmberg at 1:00 AM 3 comments

Email ThisBlogThis!Share to TwitterShare to FacebookShare to Pinterest
Labels: Blake Snyder, Save the Cat

How My Bad Singing Won Me a Book Critique

Through some miracle of miracles I actually managed to win Authoress's (of misssnarksfirstvictim.blogspot.com) birthday contest yesterday. :D It was a great way to start the day!

So you should check it out! (Mind that I don't sing well, so go in with low expectations!)

Also, if you haven't entered to win Save the Cat by Blake Snyder or The Writer's Portable Mentor by Priscilla Long, please do so here!

Happy Birthday Giveaway: SAVE THE CAT by Blake Snyder

I will be making up for spending my birthday at work with sushi rolls and a coca-cola birthday cake with fudge frosting, which will then be doused thoroughly in mini chocolate chips. I'll try to remember to take a picture. ;)

Anyway. Since I'm away from home (and therefore from the bulk of people who would actually celebrate my birthday with me), I wanted to celebrate the ol' blog-o-sphere way: with a giveaway!

Nonexistent reader: Jee Charlie, what are you giving away??

I want to give away one of my favoritest writing books, Save the Cat by Blake Snyder.

This book is excellent for plotting; I've used it to outline two books so far. I recommend it to anyone looking to craft a story, whatever it may be.

Nonexistent reader #2: But Charlie! I already own Save the Cat!

If that's the case, I will give away The Writer's Portable Mentor by Priscilla Long, which is the best book on prose that I've found thus far. 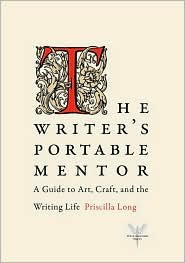 Doing the giveaway the fair-and-square way--leave a comment and random.org will choose a winner for Monday, April 8th. If you don't have your contact info listed in your profile or on your blog, you might want to slip that in there as well. ;)

My Rule on Sequels 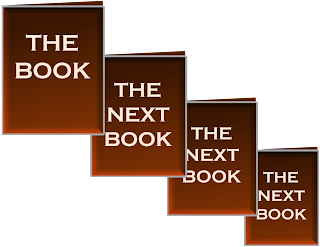 I have a rule that I cannot write the sequel to a book unless I sell the first book in the series.

Pretty straightforward. And pretty easy, since the majority of my "creative works" are standalones. (And though The Wheel of Time has softened me somewhat on this matter, I still think the world needs more standalones.) In fact, I only ever wrote one book that was actually meant to be part of a series.

Except now I'm starting to bend this rule... and may possibly break it. D:

THE PAPER MAGICIAN, which I managed to get off to beta readers on Saturday (hurray!), is a standalone with sequel potential. "Sequel potential" being those safe waters an aspiring author treads in when they send out query letters.

Only as ideas for the potential sequel for the book inched their way into my head, I found that I quite liked them. I found that I wanted to write them. And oops... I've found a full-fledged outline on my computer for book #2. Bad Charlie.

I still have lots of edits to do on four different books, but at the moment I'm actually planning on having my next draft party be for this sequel. I'm fairly confident with book one, yes, but sometimes I wonder if I'm getting ahead of myself!*

What are your thoughts on sequels? Do you wait to write them, keep them on the back burner just in case, or do you flush out the whole series before querying?

As a reader, how do you feel about sequels?