Countdown to Melissa Maygrove's COME BACK Debut and Giveaway!

One week to go until the release of Melissa Maygrove's debut novel!


Sometimes a single choice
alters the course of a person's life
forever. 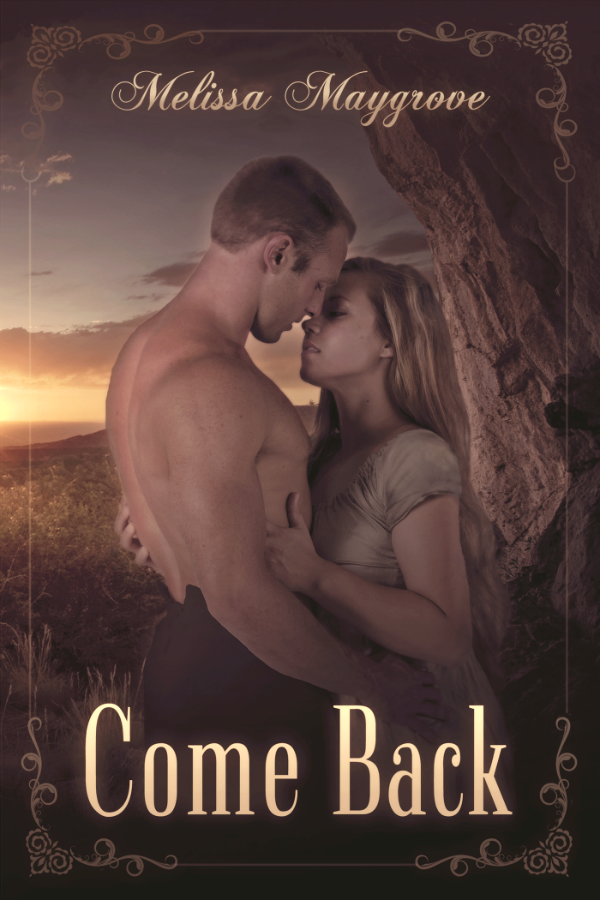 Left behind by everyone she loves...
Rebecca Garvey had the promise of a California future dreams are made of, until the wagon train her family was traveling with left her behind. Now she’s slowly dying in the wilderness, abandoned and stripped of her self-worth. Once the shock of her desertion turns to embittered despair, she doesn’t want to be found. Then a handsome stranger challenges her convictions and changes her mind.

Headed for Texas, chased by the demons of his past...
Seth Emerson knows exactly what he wants. Working to save for a cattle ranch of his own keeps him busy and keeps his pain buried. Rescuing a stubborn woman from the hills of New Mexico Territory isn’t part of his plan—but she’s exactly what he needs.

Making greater sacrifices than either of them could foresee...
Seth and Rebecca set off on a risky journey and a quest for truth, each healing the other’s love-starved soul along the way. Will they give in to their growing attraction?  Or will they honor their commitments when Seth returns Rebecca to civilization... and her betrothed?

Native Texan Melissa Maygrove is a wife, mother, nurse, freelance editor, and romance writer. When she's not busy caring for her tiny nursery patients or shuttling teenagers back and forth to after-school activities, she's hunched over her laptop, complicating the lives of her imaginary friends and playing matchmaker. Melissa loves books with unpretentious characters and unforgettable romance, and she strives to create those same kinds of stories for her readers.

Where to find Melissa...

Where to find her book...
Don't forget to add it to your Goodreads.

Melissa is ALSO doing a giveaway!

The contest starts TODAY and ends midnight on May 19th. Winners will be announced May 21st.


The two prizes are:

Here is the Rafflecopter giveaway!
Posted by Charlie N. Holmberg at 1:00 AM