GUESS WHAT GUYS I'M GOING TO HAVE A FIFTH BOOK.

It's official as of last night. My novel, Magic Bitter, Magic Sweet,* has sold to 47North and will likely be released in 2016, but I make no promises. A more permanent release date will be announced when it's had.

Not many people even know this manuscript existed, and that's because I accidentally skipped about three major steps in the process. This book did not see the eyes of my usual alpha readers, just a few friends. It never went to my beta readers or got my personal read-through. My editor actually read the freaking rough draft. Talk about embarrassing, but apparently it hit the right buttons! 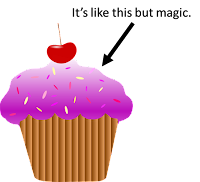 Ever since I wrote The Paper Magician, I've had this bad habit of drafting short. Magic Bitter, Magic Sweet was the length of TPM in rough draft form, and I've been working this month on adding 20,000 words (that's a 33% increase!) to the manuscript. I like to pitch the book as the Grimm Brothers meets Paula Dean meets another-book-I-won't-name-because-it's-kind-of-a-spoiler.

Mare, a woman bereft of memories, has the peculiar ability to infuse baked goods with emotions and talents. Sold into slavery, she encounters two men from her past: one who can’t touch her, and one who might kill her. Mare fights to reclaim her history as she struggles against her captivity, but her memories are tied to dark secrets with godly consequences—secrets that may better be left forgotten.

Thank you so much to everyone who has held my hand on this journey and made it possible for me to sell another book! I hope you guys enjoy this one!

Who's excited to read this? Me. That's right. I'M excited.


A love story between a big, beautiful girl who knows who she is and a popular jock who’s afraid of what he wants. 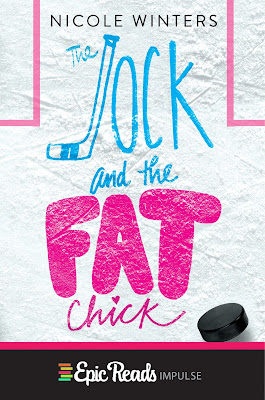 No one ever said high school was easy. In this hilarious and heartwarming debut, one high school senior has to ask himself how much he's willing to give up in order to fit in.

Kevin seems to have it all: he's popular, good looking, and on his way to scoring a college hockey scholarship. However, he's keeping two big secrets. The first is that he failed an assignment and is now forced to take the most embarrassing course ever--domestic tech. The second is that he is falling for his domestic tech classmate, Claire.

As far as Kevin is concerned, Claire does have it all: she's funny, smart, beautiful, and confident. But she's off-limits. Because Kevin knows what happens when someone in his group dares to date a girl who isn't a cheerleader, and there's no way he is going to put himself—or Claire—through that.

But steering clear of the girl of his dreams is a lot harder than Kevin thought…especially when a cooking project they are paired together for provides the perfect opportunity for things to heat up between them outside the classroom….

Sound amazing? You can nab the book almost anywhere! 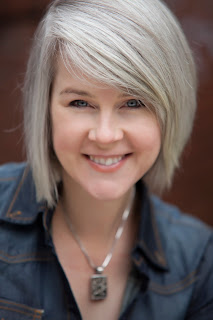 As a C average student with a learning disability, Nicole was herself a reluctant reader. That changed when, at the age of twelve, she was assigned S. E. Hinton's classic YA novel The Outsiders. After devouring the book in a single sitting, Nicole came to understand how the right story can capture the imagination and enthusiasm of anyone - reluctant reader or otherwise. From there, Nicole gravitated towards tales of adventure, suspense, romance and horror. Her works focus on human relationships and the personal journeys of the characters, creating stories she hopes will excite and inspire readers.
Nicole enjoys travelling the world, but calls Toronto home. She is the author of TT Full Throttle (a YA road racing novel) and is currently at work on her third novel, The Conjurer.