A group of successful science fiction, fantasy, and gaming writers are preparing to launch a new universe together—in a format they’ve never tried before! TypeCast RPG will be an ongoing role-playing game that streams live on Twitch every Tuesday night from 7-10MST.

The members of TypeCast RPG will adventure in a world they’ve collaboratively created named Vaeron. Throughout the sessions, the dungeon master and five game players will make use of the Dungeons and Dragons 5th edition rule system to take their characters through a dark and heroic world in which cities have been built on the backs of slumbering eldritch monsters, stone-age dangers lurk in the lands below, and sky-ships plunder both land and air!

After the livestream wraps up, video viewing will be available on YouTube, as well as a podcast intended to launch on Thursday afternoons. Various bonus content such as interviews, industry discussions for both fiction writing and gaming, and guest stars will be part of the live stream and other formats!

The authors combine for a direct social media reach of over one hundred thousand, with three million books sold in more than thirty languages. They’ve hit the New York Times, Wall Street Journal, and Amazon Bestseller lists. Their awards include a Hugo, a Gemmell, an SSYRA, multiple Parsecs, Whitneys, and Stabbys, as well as finalists in the RITA and Goodreads Choice Awards. They have worked on major Hollywood IPs, have multiple film options as well as a very successful podcast with sixty thousand listeners, and even an award-winning movie on Netflix. 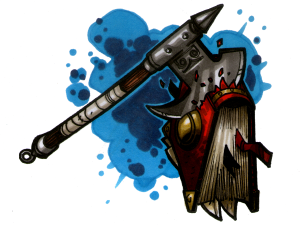 Today is release day for Myths and Mortals, the second installment in the Numina series. (The first book, which I so lovingly forgot to post about, released February 1st!) Myths and Mortals is available in hardcover, paperback, audiobook, and ebook. Signed copies will shortly be available on my website, charlienholmberg.com. 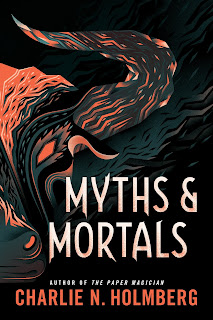 Sandis has escaped Kazen's grasp, but she finds herself unmoored, reeling from her thief friend Rone's betrayal.
Kazen has been hurt but not stopped, and he'll do anything to summon the monster that could lay waste to the entire world. Sandis knows she must be the one to stop him, but with her own trusted numen now bound to another, and finding herself with no one she can trust, she is in desperate need of allies. Rone seems determined to help her, but Sandis has no intention of letting him get close to her again. What she doesn't know is how much Rone gave up to protect her. Or how much more he is willing to give up to keep her safe.
As chaos mounts, Sandis must determine whom to trust. After all, the lines between enemy and ally have never been less clear...and corruption lurks in the most unlikely of places. 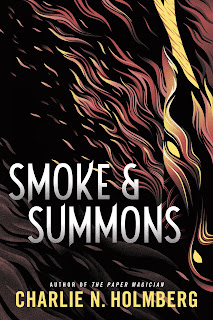 As a human vessel for an ancient spirit, Sandis lives no ordinary life. At the command of her master, she can be transformed against her will into his weapon - a raging monster summoned to do his bidding. Unlike other vessels, Sandis can host extremely powerful spirits, but hosting such creatures can be fatal. To stay alive, she must run. And in a city fueled by smoke and corruption, she finds a surprising ally.
A cunning thief for hire, Rone owns a rare device that grants him immortality for one minute every day - a unique advantage that will come in handy in Sandis's fight for freedom. But Sandis's master knows how powerful she is. He's determined to get her back, and he has the manpower to find her, wherever she runs.
Now, to outwit her pursuers, Sandis must put all her trust in Rone and his immortal device. For her master has summoned more than mere men to hunt her down....
Posted by Charlie N. Holmberg at 12:00 AM 0 comments