The Japanese Cover of THE PAPER MAGICIAN!

I've mentioned this in a handful of interviews, but the thing that got me into writing wasn't a book--it was an anime called "Tenkou no Escaflowne" (The Vision of Escaflowne). I watched it when I was thirteen years old, and I loved it so hard. I wanted to create a story like that story. I wanted to invent characters like those characters. (I -still- love that anime even today, though it's been a few years since I last rewatched it.)

Needless to say, this started an anime obsession that lasted until part way through my undergrad. And this anime obsession, of course, led to a deep love for Japan. I actually gave presentations to all my ninth-grade geography teacher's classes on Japan not because it was an assignment, but because I WANTED TO. That's how crazy I was. Today, I still kick myself for not studying abroad in Japan during my undergrad. I couldn't afford it and student loans scared me, but I wish I could go back in time and tell younger Charlie, "Chica, just do it!" Visiting Tokyo is still on my bucket list, but I'll have to brush up on my Japanese, first (since I took in for two years in high school and two years in college. Like I said. Obsessed).

Why am I telling you all of this? Because my inner fan girl is FLIPPING HER CRAP right now because while I'm still at home with my little kiddos, part of me is in Japan. This part: 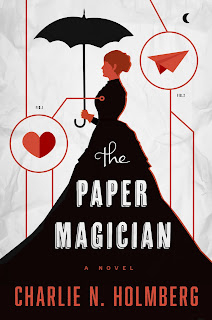 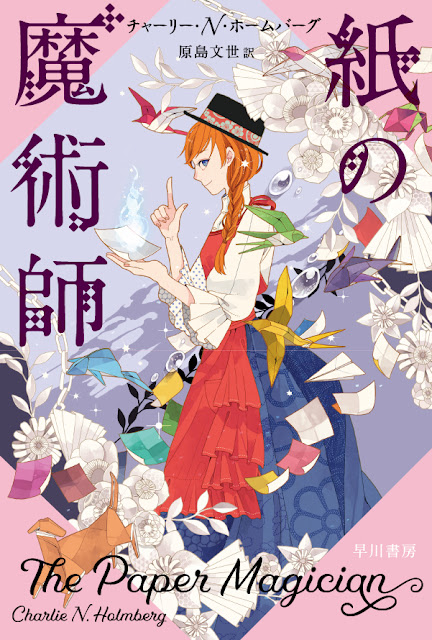 
I give you the Japanese cover for The Paper Magician! EEEEE I AM SO EXCITED. (I assume it says "Kami no Majishan", but I never was good at kanji.) I absolutely LOVE this cover. The bright colors, the origami, the just overall Japanese-ness of it all. Now to become famous enough in Japan that they invite me to a convention over there. ;)

Email ThisBlogThis!Share to TwitterShare to FacebookShare to Pinterest
Links to this post
Labels: Japan, Japanese, The Paper Magician

Yes. I just signed a contract to sell FOUR books to my publisher; three are in a new ~*trilogy*~, and one is a standalone.

The trilogy is currently titled the Numina Trilogy--a title that will very likely change before the books are released, as will all the individual titles for the books. The first novel of the trilogy is drafted and with my alpha readers right now. I'm currently working on the second. This is young adult/new adult fantasy.

So, what's it about? In short, it's magic fidget spinners meets Final Fantasy. In long... well, here's the pitch for book 1 (working title, These Ethereal Chains):

Enslaved and living beneath a filthy city in the throes of industrialization, Sandis rarely sees the sun. She’s her master’s favorite vessel—a unique kind of slave who provides a mortal body for powerful, unearthly beings called numina found on the ethereal plane. But Sandis is more unique than her master realizes. Not only can she house strong numina, one has been communicating with her.

Rone prowls the city’s rooftops, where pollution is thinner and crowds nonexistent. He’s a man with a reputation for doing the impossible . . . for the right price. Rone possesses skill in combat and knowledge of the sewers, as well as an ancient artifact called an amarinth—an incredibly rare device that allows him to become immortal for one minute of each day. But when Rone learns his mother has been arrested for a crime that could lead to the executioner’s block, one minute isn’t enough time to save her. The crime she’s been accused of, he committed, and the guilt threatens to eat him alive.

When Sandis’s master, Kazen, begins killing vessels in an attempt to summon a numen far greater than its predecessors, Sandis flees, chasing a hope that a name she discovered in a gold exchange record might lead her to a long-lost family member and sanctuary from life on the streets. She steals Rone’s amarinth. Her price for its return? His aid. But Sandis isn’t the only one in danger. If Kazen succeeds in summoning his monster, the entire country will fall under the summoner’s tyrannical rule. 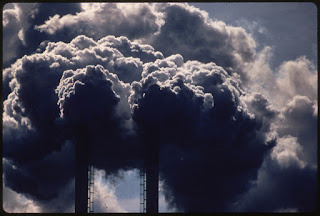 Also, I think this trilogy is possibly the best story I've ever written, so there's that. :D

The fourth book, The Will and the Wilds, is a romantic fantasy standalone (I'd say new adult). This book is actually finished and polished, but will be releasing after the final book of the Numina trilogy. It's also the first book I've ever written that was based on a dream.

I'll spare you the dream, but here's the pitch. ;)

Enna knows much of the mystings that roam the wildwood near her home. After they killed her mother, her father gifted her a stone that senses their nearness. When one mysting tries to kill her to obtain it, Enna takes a huge risk: fighting back with a mysting of her own.

Maekallus’s help doesn’t come free. His price? A kiss. But even the most naïve mortals know Maekallus’s kind use kisses to steal souls. Drawing upon a power unknown to her, Enna persuades Maekallus to commit to much less. The bargain struck, he goes to destroy Enna’s mysting—but in the ensuing fight, he’s bound to the mortal realm, which begins eating him alive. Compelled to help by the magic enchaining them, Enna gives Maekallus a kiss—the only thing that can save him from immediate destruction. But Maekallus’s temporary salvation is Enna’s lingering doom. Part of her soul now burns bright inside of him, making him feel for the first time.

Enna shares Maekallus’s suffering, and even the sliver of her soul she sacrificed won’t heal either of them for long. If he and Enna cannot find a way to break the spell binding him to the mortal realm, Maekallus will be consumed completely—and Enna’s soul with him.

Anyone who liked Followed by Frost will like this book. I really like this book. It's the most romantic I've ever written and I wrote it in six weeks, while I was drafting The Plastic Magician. That's how much I liked it. :D I admit I hate having to wait until 2019 at the earliest for it to release, but I think it's worth the wait! I even wrote a theme song for it.* I'll probably post that online closer to the book's release date.

I do not have release dates for any of these novels, but knowing my publisher, I think the first book (These Ethereal Chains) could come out late 2018. Fingers crossed!

*Once upon a time, Charlie composed music. She almost majored in musical composition, but realized that studying music theory would make her hate music. After she got hitched and started writing fiction more and more, she fell away from composition and hasn't really done anything with it in several years.

Posted by Charlie N. Holmberg at 9:06 AM 5 comments