On Writing Groups: Speak and Listen with Heart


A recent experience at my biweekly writing group got me thinking about group critique. You see, I had a somewhat awkward moment amidst a very large table at a diner last week (which I thankfully wasn't the center of), and after discussing with other writing group members and pondering for a while, I wanted to share two insights that have emerged from said awkwardness. The first is pretty common-sense:

1. Remember to include the good things in your critique, and critique in a kind (but honest) manner.

No one really wants to be part of a Negative-Nancy writing group, where everyone takes turns telling you everything you did wrong with your manuscript, and you in turn tell everyone what's wrong with theirs. Always start with the positive. There is always something nice to say about a manuscript, even if it's as small as "I like your character's name" or "This setting element is really interesting."

On that note, sugar-coating never helped anyone (in writing, at least). But there is a difference between saying "Your characters suck" and saying "I think you could strengthen your characterization." Being kind but straightforward is the best way to help other writers improve.

Which brings me to point two:

2. Listen to your critiques.

Granted, writers have to take critique with a grain of salt. In a writing group, on average, a writer only uses about one-third of the criticism they receive (cite: Brandon Sanderson). I've never had a hard time agreeing with critiques because I recognize the flaws they point out, but if you  struggle with taking criticism, it's probably best to keep quiet and take notes. No one like a defensive writer.

That said, if you don't listen to what your writing group says--if you continuously ignore critique--not only will your writing group grow frustrated with you, but your work will never improve. The awkward moment I mentioned earlier stemmed around this writing group (I've only attended three meetings thus far) chewing out one of their members because she didn't listen to them. We were in the middle of reading the third book in her series and, apparently, the writing had not improved at all from book #1 (and unfortunately, this was a book in need of improvement).

While I'm not condoning critique partners ganging up and making a fellow writer cry (which may or may not have happened), I can understand the frustration. Why come to writing group if you're not there to grow? To learn? To excel?

Criticism is part of the business, and the way we both deliver and receive criticism say a lot about ourselves as people, and as writers. Handle with care.


Have you had difficult experiences with writing groups and critique partners? How do you handle criticism?


Though I'm only half way through my prose edits on my eastern-based romantic fantasy, I'm looking ahead to what might be on my plate next. Seems the red-headed step child of my projects--THE TASTE OF ANGELS--is up to bat once more. 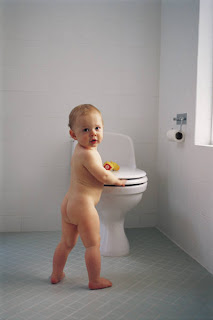 Don't get me wrong; I like this story. I wouldn't have written it otherwise. But TTOA is like a stubborn toddler undergoing potty training. I love it, and I work patiently with it until it seems to be just right, and then it craps its pants and I give up for another couple months.

I blame the genre. I don't usually do Urban. If I can even call it that. There are so many subgenres nowadays...

SO. Despite having already been through alpha AND beta readers, I'm doing another round of edits, which will hopefully bring the manuscript up to a decent word count. These edits include upping the fear-factor, better establishing the antagonist, increasing the worldbuilding, and making my protagonist punch people less often.
(Yes, that is an actual problem that I... er... he has.)

Do you have a love/hate relationship with any of your projects, writing or otherwise? How to you manage it?

Posted by Charlie N. Holmberg at 1:00 AM 7 comments

Things I Learned This Week


Economics is the cure to insomnia.

Having insurance is great.

Having double insurance is even better.

You can marinate steak in vanilla Coke Zero and it won't start tasting like cake until three days later.

Having an agent is like having your own personal
publishing Mafia.

Accepting that another's personality is much different than your own helps you
to forgive them.

Avatar is a pretty entrancing cartoon.

Things I did this week that I've never before done:

Write a synopsis before the book.


How is your week going?

I'm over at Lauren Spieller's blog today! Come check it out!
Posted by Charlie N. Holmberg at 8:33 AM 4 comments

My Big News: The Publishing Road Just Got a Little Shorter

Tuesday I officially became Marlene Stringer's newest client! I am still. Freaking. Out. About. It. (!!!!)

Details? Here, I wrote a song:

I queried Marlene Stringer less than two weeks ago with THE PAPER MAGICIAN, which is the ninth book I've written and the sixth I've queried. She asked me for the full an hour later, and eight days after that asked me for a phone call.

I have been working for this for seven years, and I am ecstatic that I've managed to get on board with such an experienced and wonderful agent!

The road to publishing just got a heck of a lot shorter. :)

Nobody likes being rejected. Fake reader says: Wow, Charlie. That's deep. I know, I know, singing to the choir. Thing is, I've always prided myself for taking rejection (at least in query-letter form) in stride. I sort of view my rejection letters as a badge of honor, which is why I printed them out and hung them on my walls. I mean, who wants to get published without a single rejection letter to their name? Where's the victory in that? So you understand why I startled myself earlier this week with my most recent rejection letter. I couldn't just sigh, smile, and tack it onto my wall. On the contrary--I was overwhelmed with disappointment and frustration. I had to go on a walk and rant to my husband. Then rant to a friend. Then rant to myself. Then 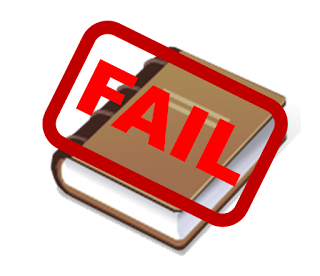 fall into a mopey stupor and eat chocolate and watch Star Trek and eat more chocolate. I've never reacted like that before. I think part of it is a time thing. I'm querying the ninth book I've written, which is the 6th I've queried (#1 never saw the light of day and #7 and #8 are still being revised). That's a lot of books. I know people who have written more and still haven't conquered the publishing beast, but still. I suppose (now that I'm calm and can psycho-analyze myself, which I am wont to do), that my hopes get a little higher with each book, and the higher your hopes are, the longer--and harder--the drop to the ground. And my hopes were pretty high. The rejection came from an agency that I really admire, not that this affects that in any way, shape, or form. I'm not deterred, but I figure it never hurts to share a chunk of humanity on the blog front once in a while. In the end it's more motivation to keep pressing forward, and more motivation to work on my secret project. How do you handle rejection?

So I've started a secret project.

Not sure exactly how long it will take me to complete, but I'm pretty excited about it. Stood in a craft store for half an hour Saturday trying desperately to do math in order to take the first steps into said project. (It's been a loooooong time since I took a math class. /Englishmajor)

In the mean time, I'm plodding along with queries and revisions.

Stay tuned!
Posted by Charlie N. Holmberg at 1:00 AM 4 comments


These are notes my friend Sanan took from PAX last year regarding fight scenes. I really liked them, so I'm plastering them on my blog for all to see. :)

Guys. I've discovered two great sources of info-pumped entertainment recently. The first is the Documentary section on Netflix. Netflix has an astounding amount of documentaries, everything from food to porn to hobbies to National Geographic. I watched eight of them two weekends ago while nursing a cold. I watched one on Mosesaur, and underwater dino-thinger that was like a crocodile on steroids. I watched one on childbirth that was very eye-opening. I watched five on pre-dinosaur evolution. I watched one on the spinosaur. Since then I've started a documentary on Prince William and Kate Middleton, as well as one on pirate ships. THEY ARE AMAZING. And a very entertaining way to either conduct research for books or get new ideas. Or just to sound smart at dinner parties. Fake readership: Ha ha. Oh Charlie. We all know you don't go to dinner parties! The second is a podcast called The Moth. The only podcast I really listen to is Writing Excuses, and so many hours at work has run the Writing Excuses Archives dry. I related this to a coworker*, who recommended The Moth. Best podcast ever. What The Moth is is people telling a story about themselves for 10-15 minutes in front of a live audience. Funny stories, exciting stories, sad stories. Stories of growth, of discovery, of change. Young people, old people, white people, black people. All people. Telling stories. Not only are they fascinating (like the guy who single-handedly tracked down the girl who stole his credit card), but they also spur ideas. And give me something to talk about at dinner parties. And yes, by "dinner parties" I mean "when I eat dinner with Husband and we're NOT watching Star Trek: Deep Space 9." So check them out. Go get Netflix. The Moth is both on iTunes and at TheMoth.org---------------- *Said coworker is also this gal's doppelganger.
Posted by Charlie N. Holmberg at 1:00 AM 8 comments